Go behind the scenes of fine gardening Letter to the Editor 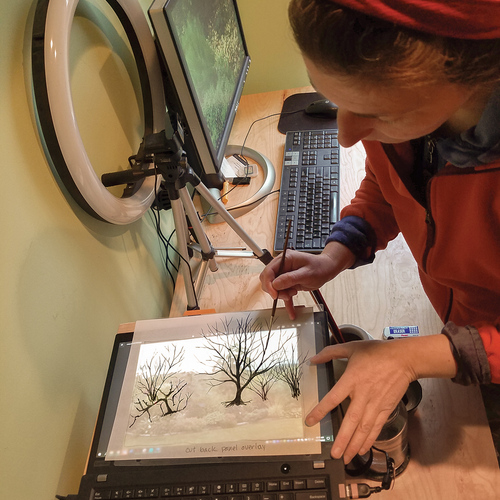 The editors here On Bagicha Bazaar There aren’t “just” editors. To say they wear many hats is probably the understatement of the century. They are, in my humble opinion, better stage managers than you will find on Broadway. You don’t often see their names attached to a particular subject, and so you might assume their role is simply to make sure every “i” is dotted and every “t” is crossed. ” is crossed out in the text you read.

And yes, they do.

But the editors here do a lot more. I’ve worked at a handful of other publications during my years in publishing, and in all of those experiences I’ve never seen an editor with more responsibilities than here. FG. Take the beautiful article for example.Rethinking a Mature Garden” On pp. 62-71. The feature was choreographed by Associate Editor Carol Collins. What went into creating this masterpiece is nothing short of amazing. First, Carroll made the several-hour drive to New Hampshire not once, but twice. Three Separate photo shoot.

(Fun fact: Many of the photos you see in this magazine are shot by editors, who have to go through rigorous camera training when they’re hired. These photo shoots take place anytime of the year and (Can be anywhere in North America you can imagine. Editors often have to be on site until 4 a.m. and sometimes don’t hit the pillow until midnight.)

Okay, back to Carol. For this article, she traveled to New Hampshire in the early spring to capture shots of large trees being felled from a mature orchard that are an integral part of the overall story. Then she returned in late summer to photograph the garden again. The shoot required a lot of planning around the wedding taking place at the Trowbridge residence, which was an added challenge.

Then the draft came in from the author, and Carol worked her magic on the text, turning it into a short and actionable essay for our readers. He made technical edits to plant names, cited multiple sources to correct zonal ranges, etc. It was a process.

I chose this particular article to highlight the role of the editor because it’s a good example of all the extra things an editor can be responsible for. In this case, Carroll created silhouettes of all the trees and shrubs in the article to bring to life the principles described. Then she goes a step further and lends her artistic talents to the sidebar, drawing each photo of writer Laura while harvesting various shrubs.

And this, I promise you, is just one example of the effort that goes into creating these pages. I haven’t mentioned the lengths that our art director and thousands of others go to to create each issue of the magazine. I will save that for another letter. In the meantime, I hope this background information gives you a greater appreciation for the issue you’re reading now. I know that every time I read it, I will think of Carol setting up her camera tripod by flashlight in the wee hours of the morning. But those photos were worth it – right, Carol?