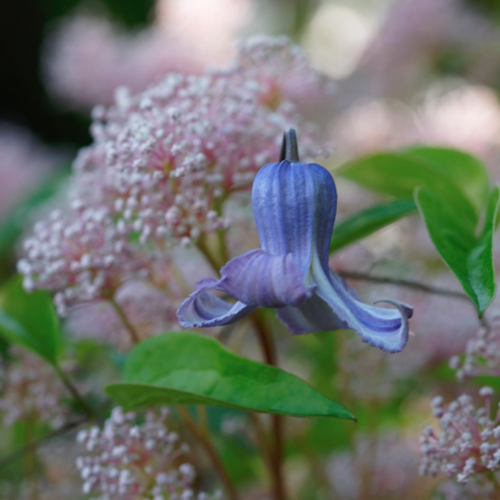 While the more widely planted eastern redbud (Cercis canadensisZones 5–9) native to the eastern half of North America, the western redbud (Circe occidentalis ‘Alba’, zones 6-9; pictured) is a similar species from Utah, Arizona, and Nevada. 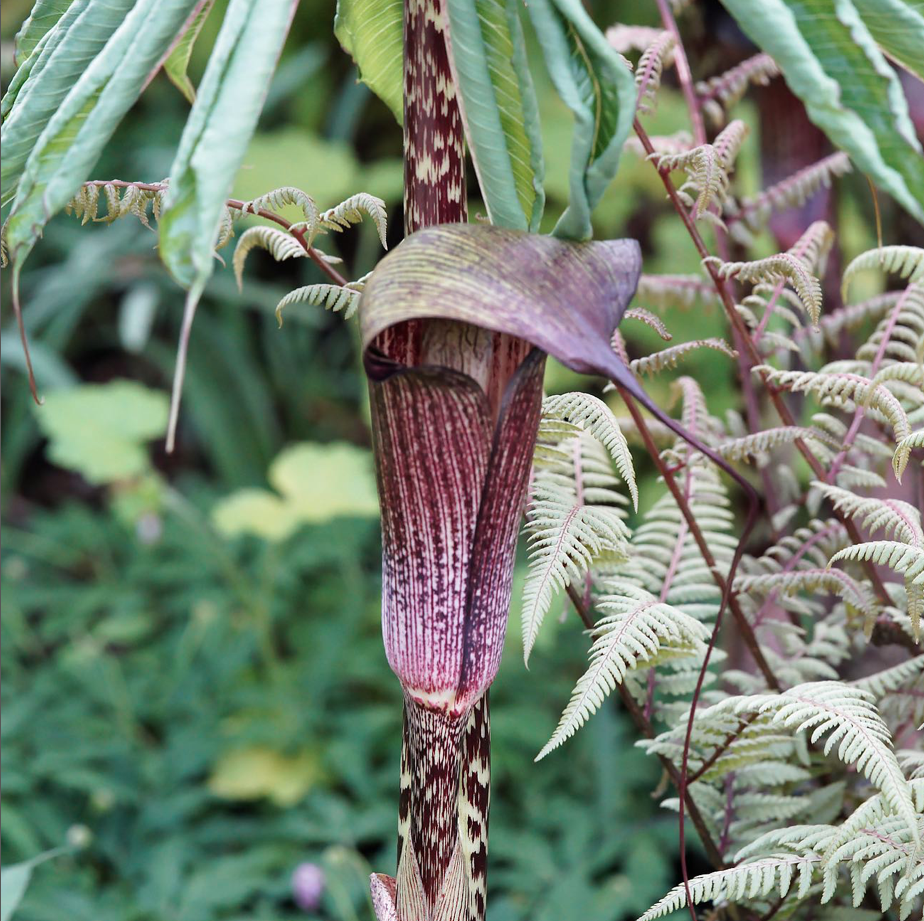 Arisema Taiwan (Zones 6-9) A beautiful species native to Taiwan, as the name suggests. Jim found that it needed to be watered regularly during the summer to thrive in Portland’s dry summer climate. 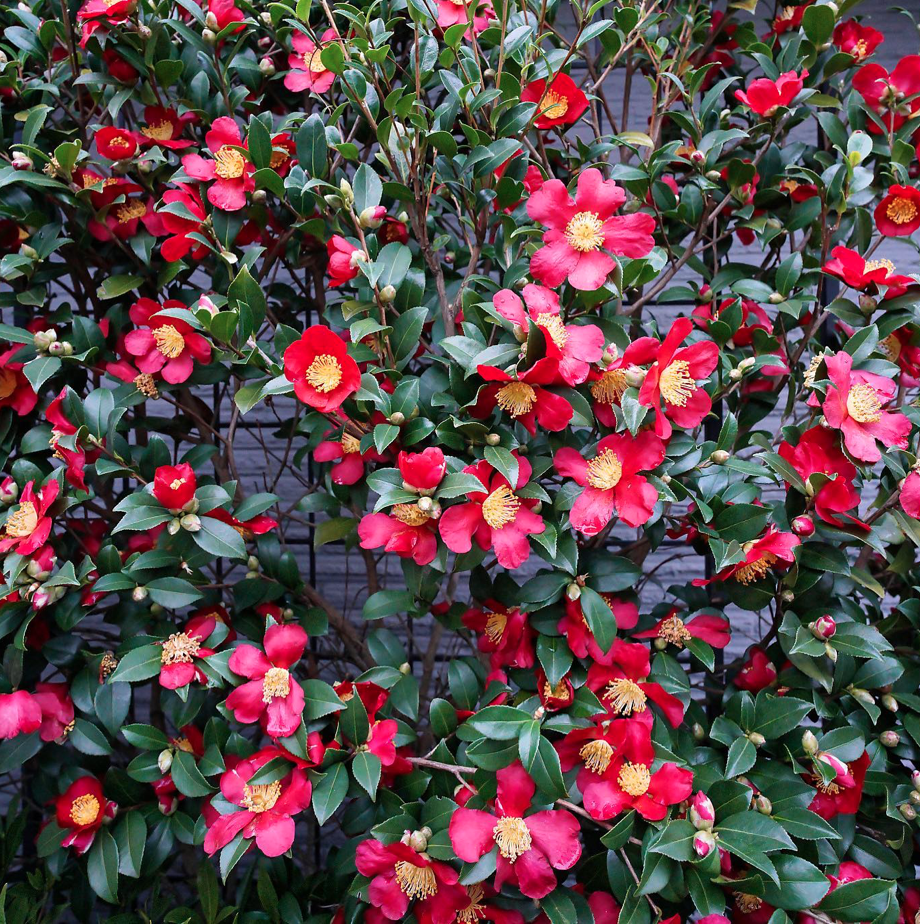 Camellia ‘Yuletide’ (Zones 7-10) for gyms starts in November and lasts until March. Jim encourages heavy flowering by pruning ruthlessly in April, which encourages new growth in plenty of time to develop new flower buds for the next flower display. 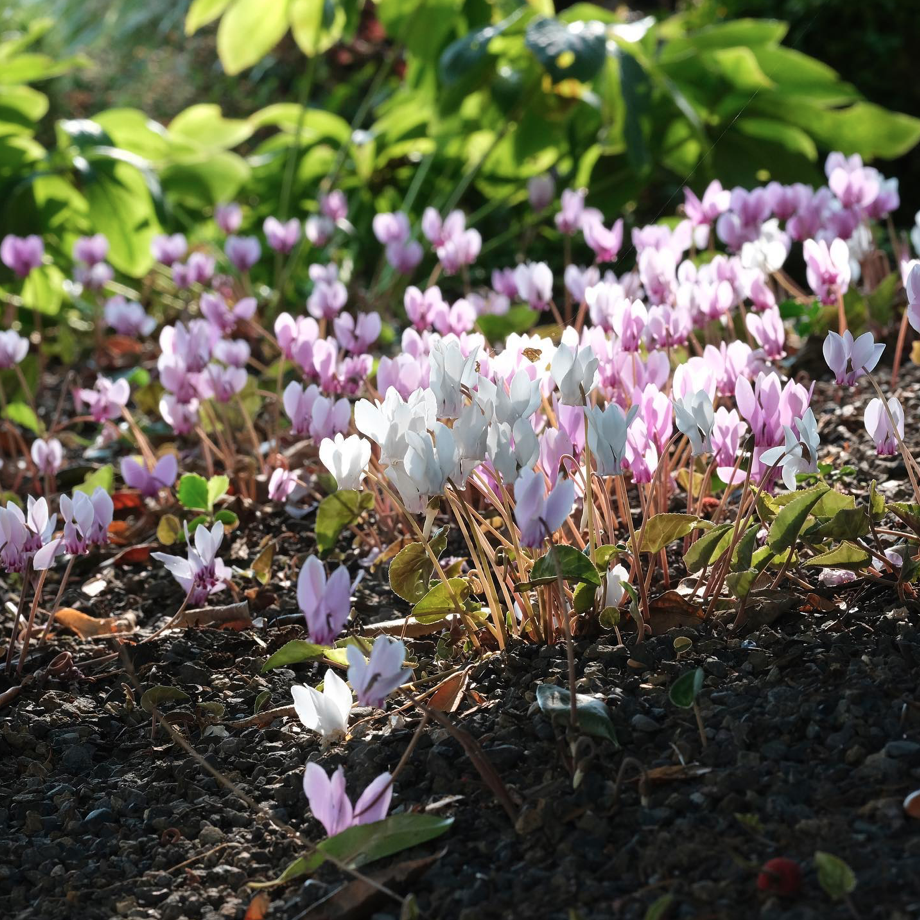 A beautiful cluster of Cyclamen hederifolium (ivy-leaved cyclamen, zones 4-9). This hardy species is slightly trailing, completely dormant in the summer and then blooming in the fall. The leaves you can see starting to emerge here will look beautiful all winter and spring before going dormant again. 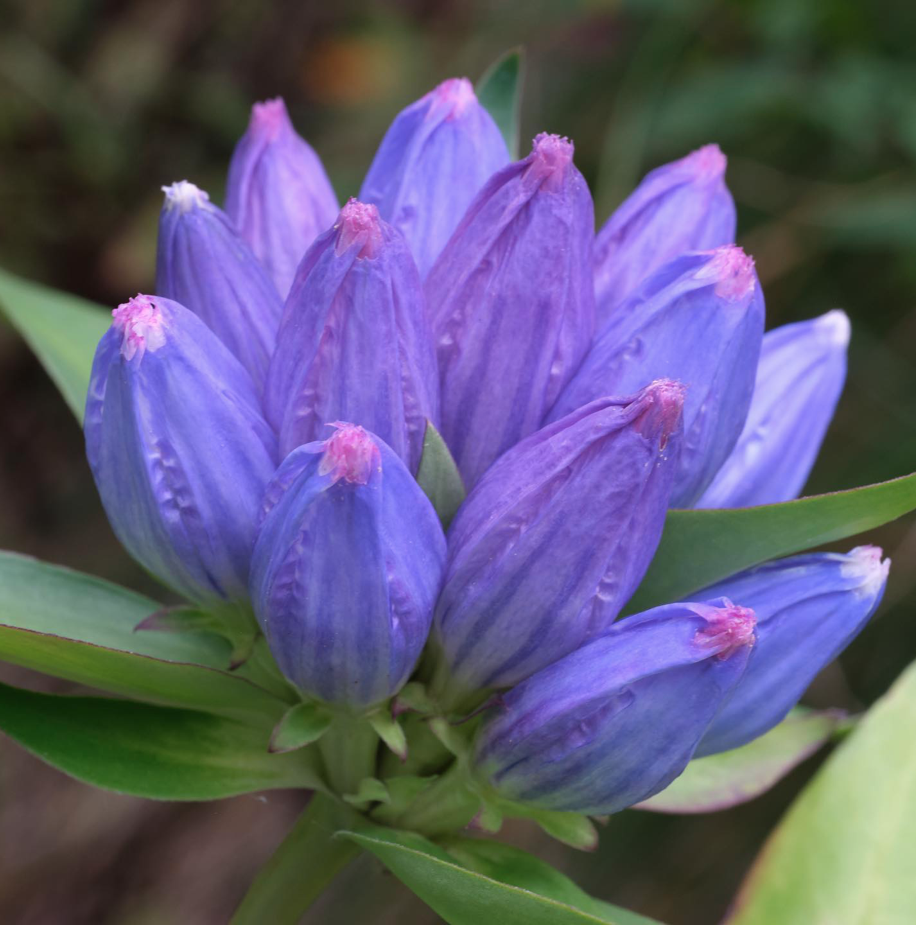 The flowers of this bottle are gentian (Gentian Andrews, zones 3–7) remain closed, which saves pollen and nectar for the plant’s preferred pollinators, bumblebees, which are strong enough to pull on the petals to gain access. This species is native to generally moist areas in the eastern half of North America. 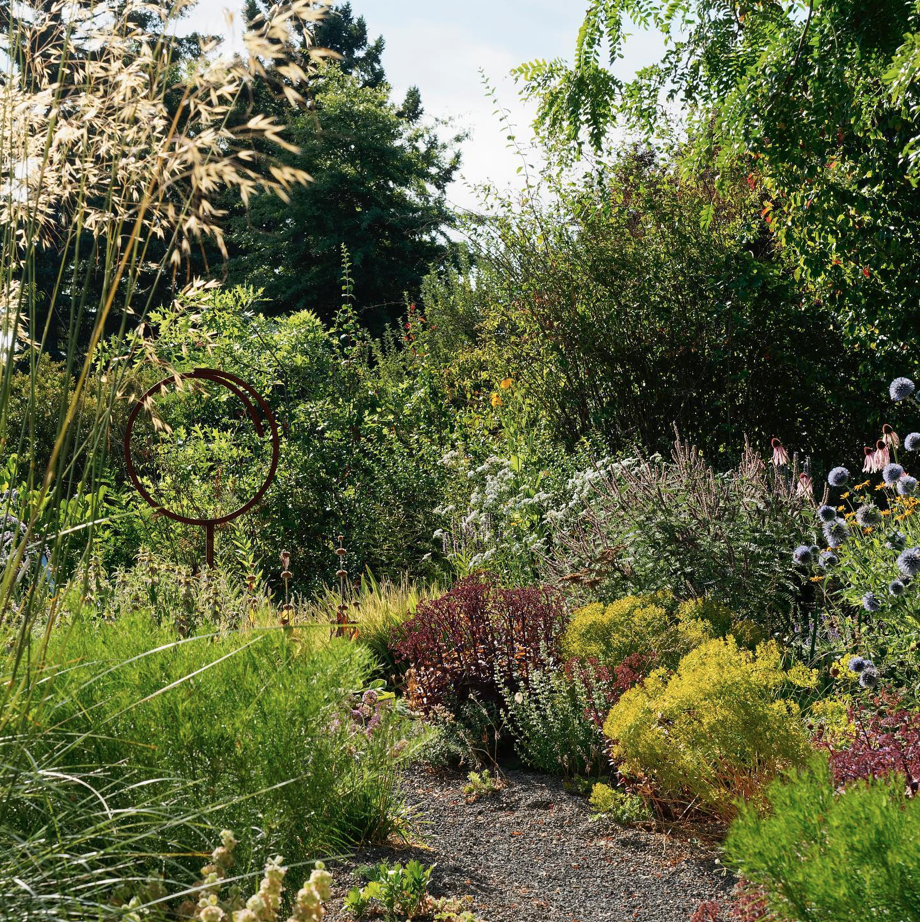 The Pacific Northwest, including Portland, is often thought of as cold and rainy, but that’s really only true seasonally. It is very dry during summer, with constant rains returning in autumn. 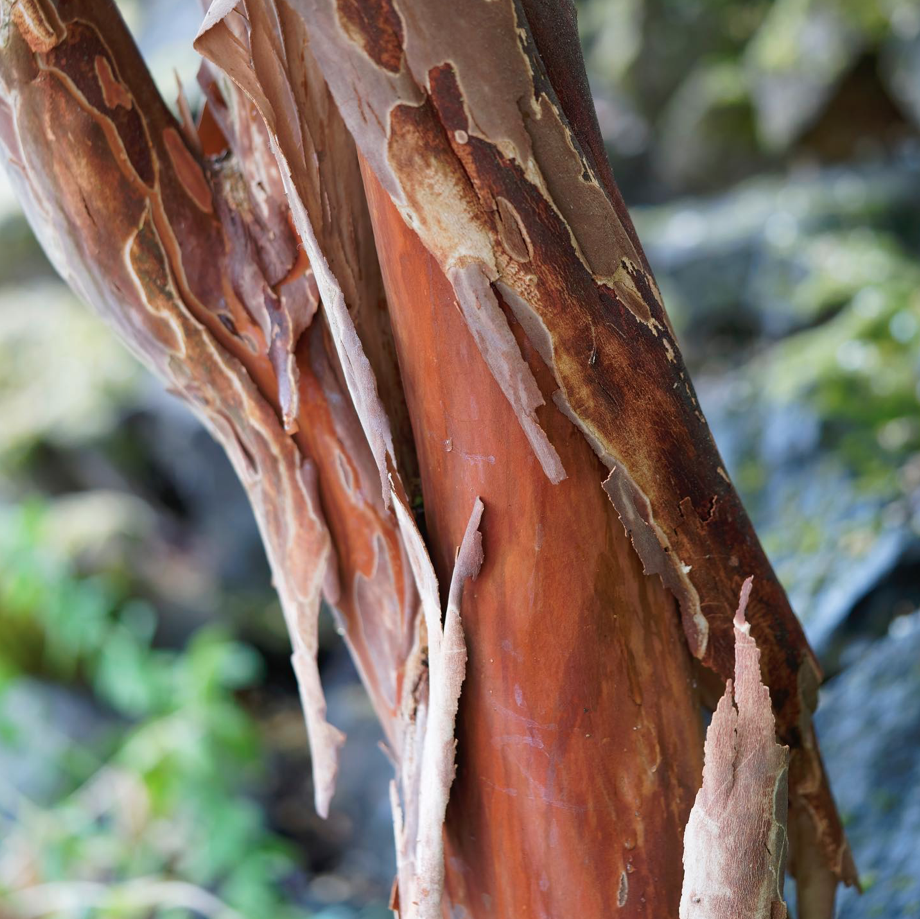 Lagerstroemia subcostata var fauriei ‘Fantasy’ (Zones 6-9) is a beautiful crape myrtle. It bears clusters of beautiful white flowers in summer, but the real show is its incredible bark, which grows more beautiful with each passing year. 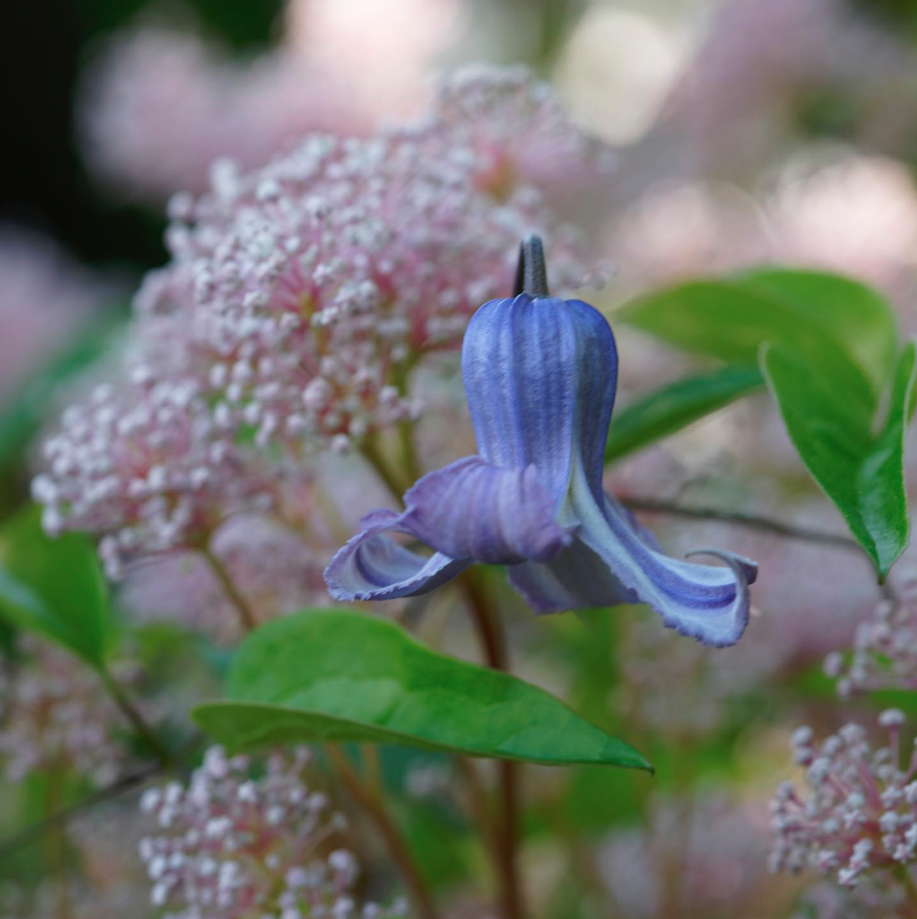 If you’re only familiar with the common large-flowered hybrid clematis, you’re missing out on some of the most beautiful flowers in this genus. This is the place Clematis Crispa (Zones 6-9), a vine native to the central and southeastern United States with these magically shaped flowers. Here it is beautifully displayed against a soft pink background. Cyanothus × Pallas ‘Mary Simon’ (zones 6-9). This ceanothus is a hybrid of species native to the east and west coasts of North America, giving it extra adaptability and vigor along with these romantic flowers. 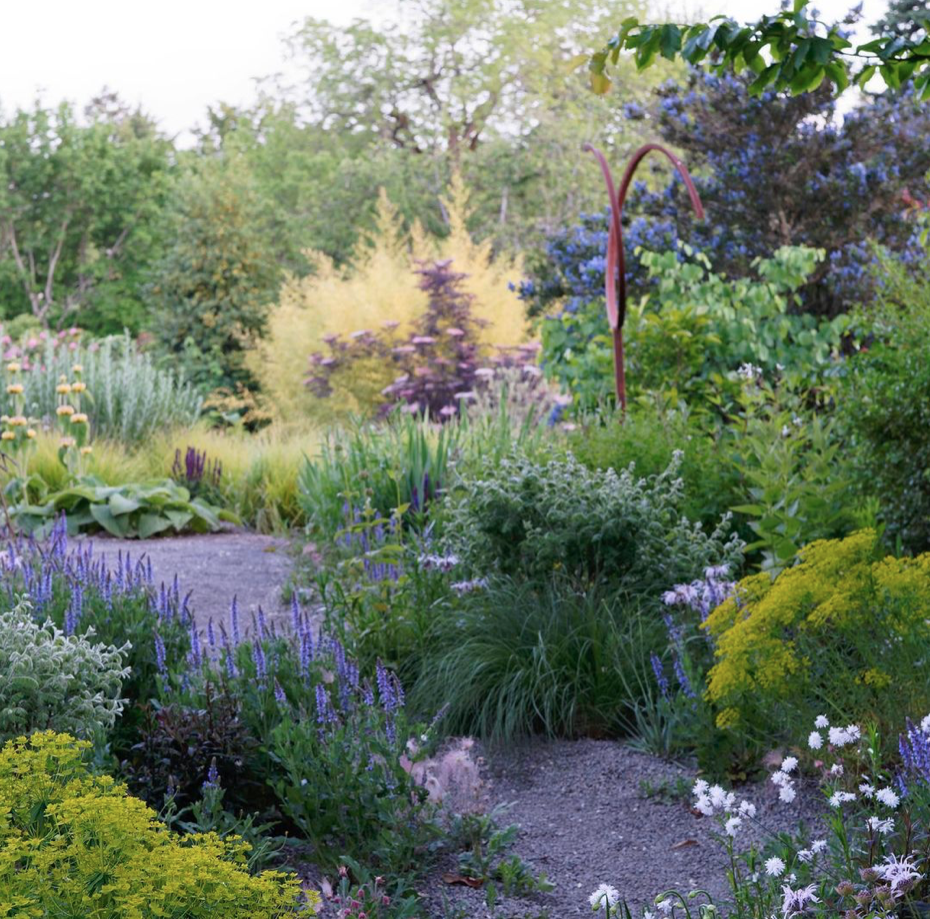 Back garden in May 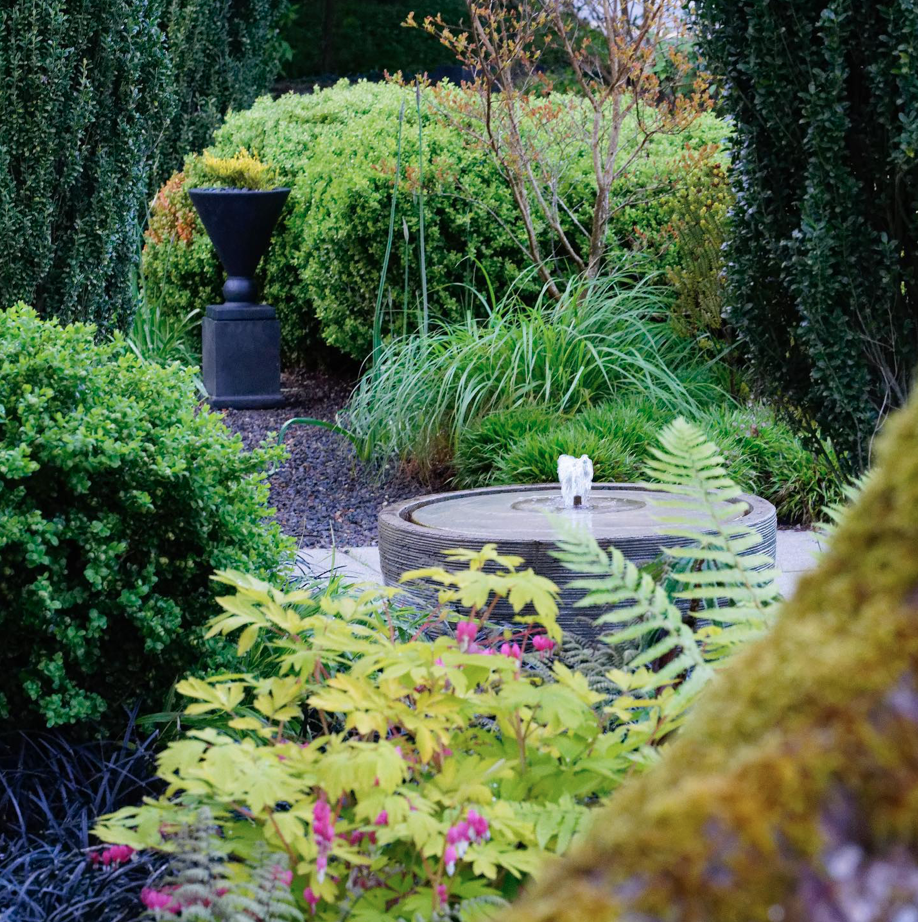 April green in the garden

Have photos to share? We’d love to see your garden, a special collection of your favorite plants, or a wonderful garden you’ve had the chance to see!

To submit, send 5-10 photos. [email protected] Along with some information about the plants in the photos and where you took the photos. We’d love to know where you’re located, how long you’ve been gardening, accomplishments you’re proud of, failures you’ve learned from, hopes for the future, favorite plants, or your garden quirks. funny stories

Have you received the GPOD by email yet? Sign up here.