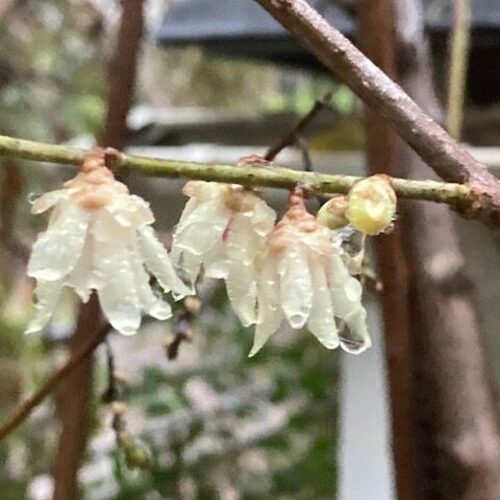 My name is Andy Schenck, and I garden in Malvern, Pennsylvania (a suburb of Philadelphia) in zone 6B/7 (hardy). My garden is called the Look Again Garden (named after my friend David Culp). This is a collector’s garden full of “flow of one”. Winter is a wonderful time for conifers and broadleaf evergreens to shine. Here is a sample of plants that were photographed the week of December 12th.

Persea palustris (Zones 7-11), a hardy relative of the avocado native to the southeastern United States. 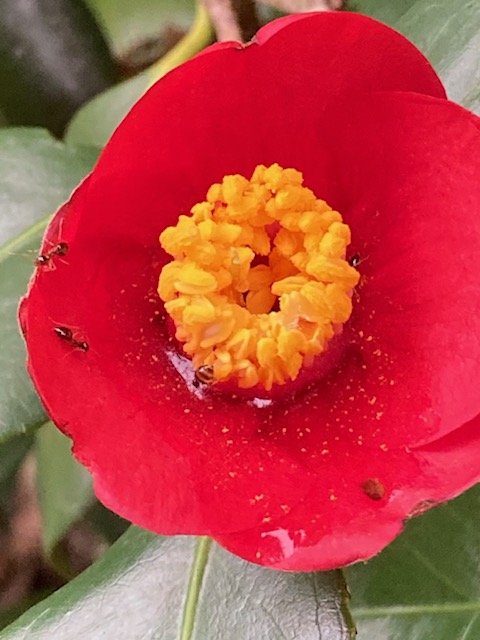 Camellia japonica ‘Korean Fire’ (zones 7-11) is a vigorous selection from Korea that is one of the most cold hardy varieties of the species. 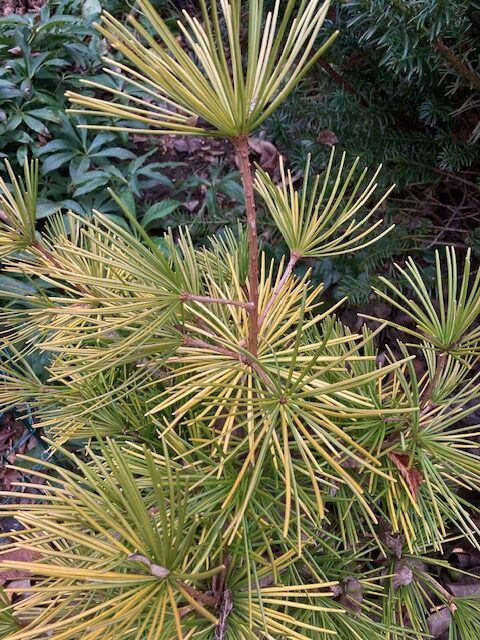 Sciadopitis verticillata ‘Osorio Gold’ (Zones 5-9) is a Japanese umbrella pine selection with long golden needles. Canopy pines are never common in the landscape, although they are very beautiful, and this gold form is even rarer and possibly even more beautiful. 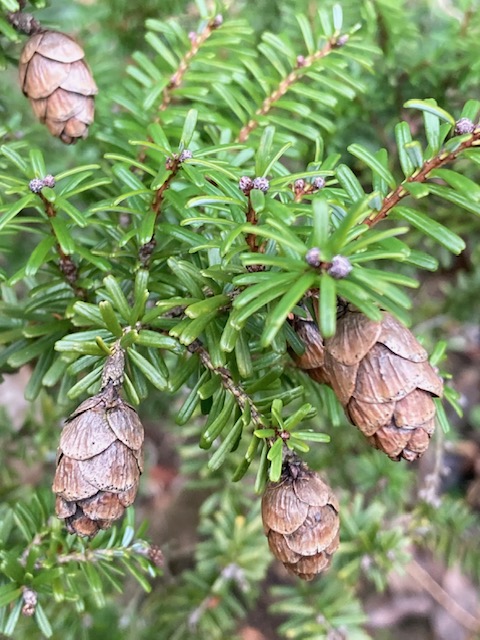 Tsuga Seboldi (Southern Japanese Hemlock, Zones 6-8) is slow growing and shows great resistance to woolly adelgid, an invasive insect that is doing so much damage to our native North American hemlock species. 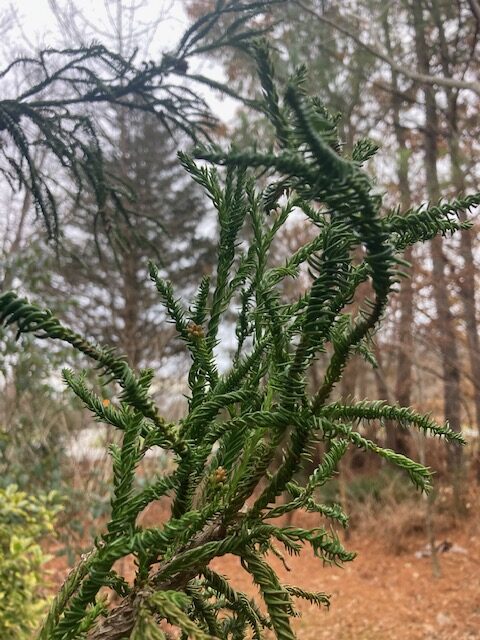 Cryptomeria japonica ‘Rasin’ (Zones 5-9) is a selection of Japanese cedar that is an upright open grower with striking twisted foliage. 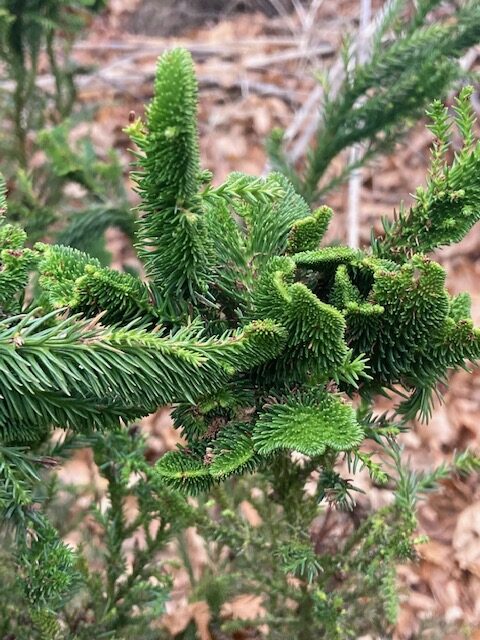 Maybe even cooler and more unusual looking. Cryptomeria japonica ‘Cristata’, which has short stature with scalloped or crusting leaves 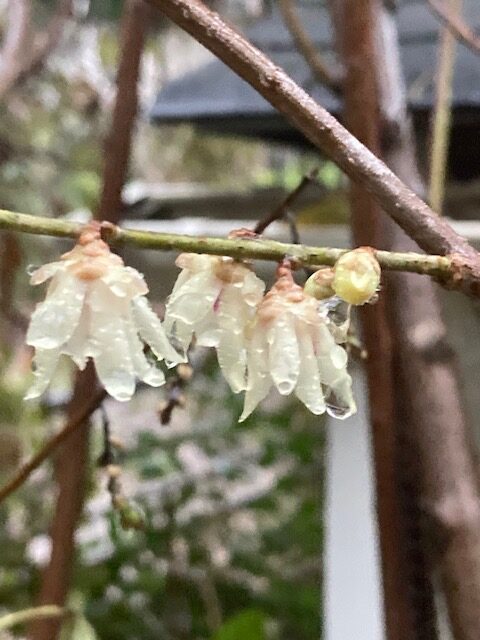 Chimonanthus praecox (Zones 7-9) is a fragrant, winter-blooming shrub that begins blooming in early December. Although the flowers are small and delicate, they have a powerfully delicious aroma. 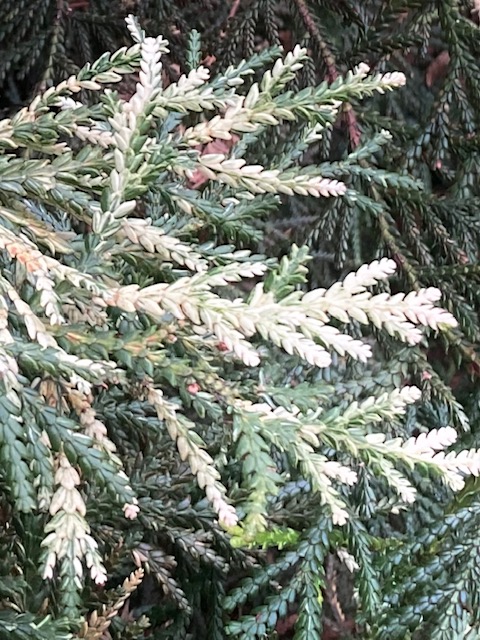 Thojopsis dolobrata ‘Variegata’ (zones 5-9) is a large variegated conifer for light shade, and, even better, it exhibits good resistance to deer browsing. 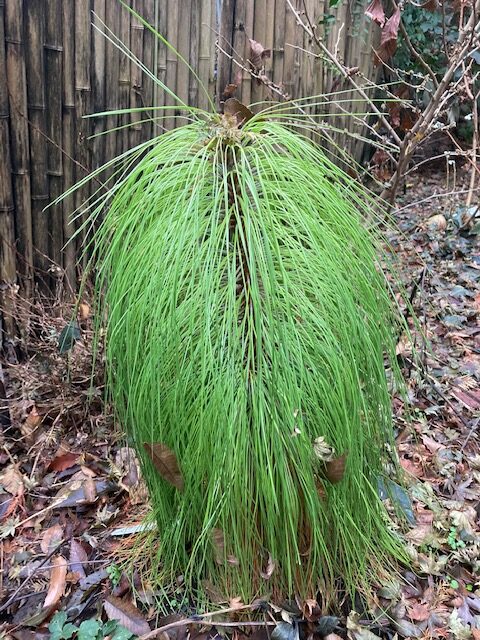 Pinus palustris (longleaf pine, zones 7-9) is native to southeastern North America but appears to thrive in Pennsylvania. It is a young plant, about four years old.

Have photos to share? We’d love to see your garden, a special collection of your favorite plants, or a wonderful garden you’ve had the chance to see!

To submit, send 5-10 photos. [email protected] Along with some information about the plants in the photos and where you took the photos. We’d love to know where you’re located, how long you’ve been gardening, accomplishments you’re proud of, failures you’ve learned from, hopes for the future, favorite plants, or your garden quirks. funny stories

Have you received the GPOD by email yet? Sign up here.